A Diamond Anniversary – that’s sixty years of marriage, a whole lifetime. Needless to say how rare and special it is for a couple to celebrate their 60th wedding anniversary!

We are honored to be guests at one of these very, very special occasions: Dr. Peter   Zude Pan, 88, born in Shanghai, and Dr. Rosie Yan Tang, 87, born in Wuxi, China, celebrated six decades as husband and wife at the romantic Forest Hill Clubhouse in San Francisco on August 11. Here they are: 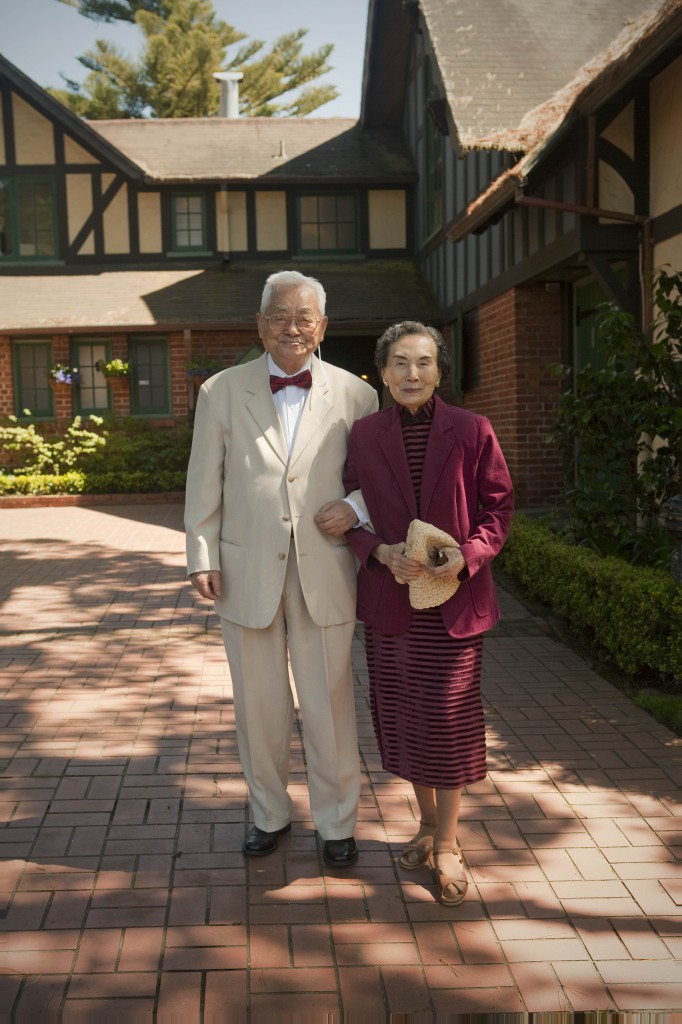 The couple and their children shared their amazing life story with us, and here it is:

Peter and Rosie are both MDs, Peter a general surgeon and editor of a medical magazine, and Rosie an internist. They met at St. John’s University’s Medical School in Shanghai, on an organized excursion to the Yellow Mountain in Anhui Province. Peter – then in his third year at Medical School – was instantly impressed with Rosie’s poise, graciousness, and bravery. Later Peter started his internships at St. Luke Hospital, where Rosie worked,  and they quickly became friends. Soon enough, they fell in love, and shortly before his graduation from Medical School, Peter proposed. On August 10, 1952, their wedding was held at Jinjiang Hotel in Shanghai, with about 200 guests attending.

Soon the young couple welcomed their children: daughters Annie and Julia and son Paul. They were happy. Life was good.

But in 1966, their country was thrown into turmoil by Mao Zedong’s Cultural Revolution, and their family had to suffer enormous hardship. As intellectuals, they were especially targeted as possible ‘enemies of the revolution.’ With tremendous fortitude, Peter and Rosie endured all the unfair criticism, unjustified accusations and constant mistreatment they were subjected to. Their children were not even permitted to finish their elementary school education. Annie was sent to work on a faraway farm (She later became a ‘barefoot doctor.’) Julia was assigned to work at a textile factory, and Paul at a photo studio. It was a horrible ten years. But somehow Rosie and Peter were able to keep their family together. They made sure all their children would receive higher education and starting in 1979, they sent them to the U.S. and Canada.

Peter and Rosie kept working in health care in China. After professional careers spanning more than four decades, they fully retired in 1992 and moved from Shanghai to San Francisco to join their children – as well as son-in-law John and grandchildren Isaac, Sarah and Franz. They really enjoy and embrace beautiful San Francisco, their new home for the last 20 years. They celebrated their 40th and 50th anniversaries at Annie and John’s home in Los Angeles. 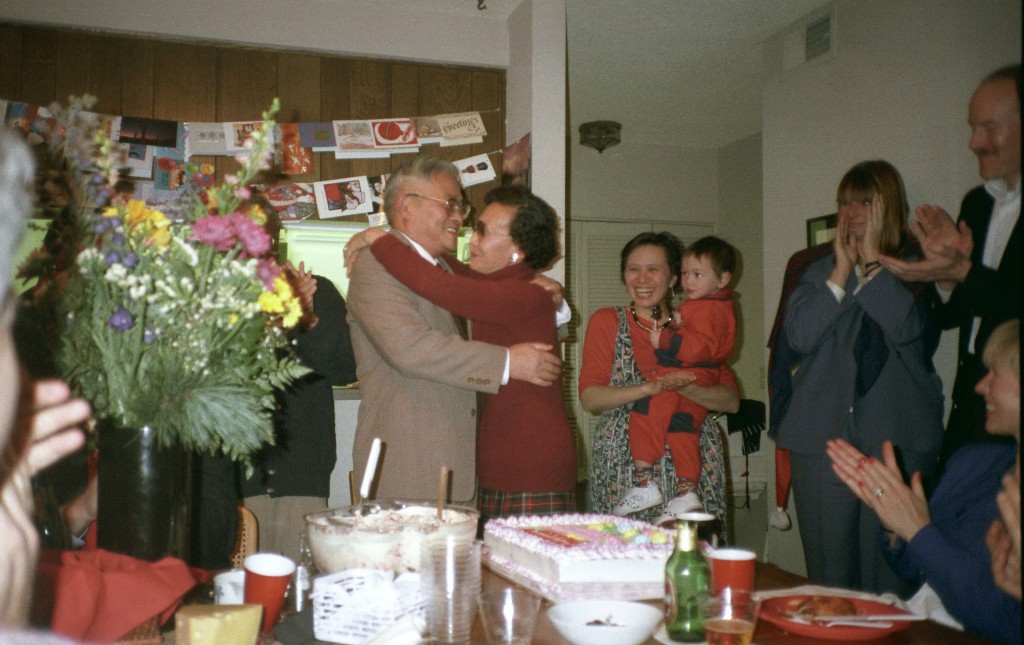 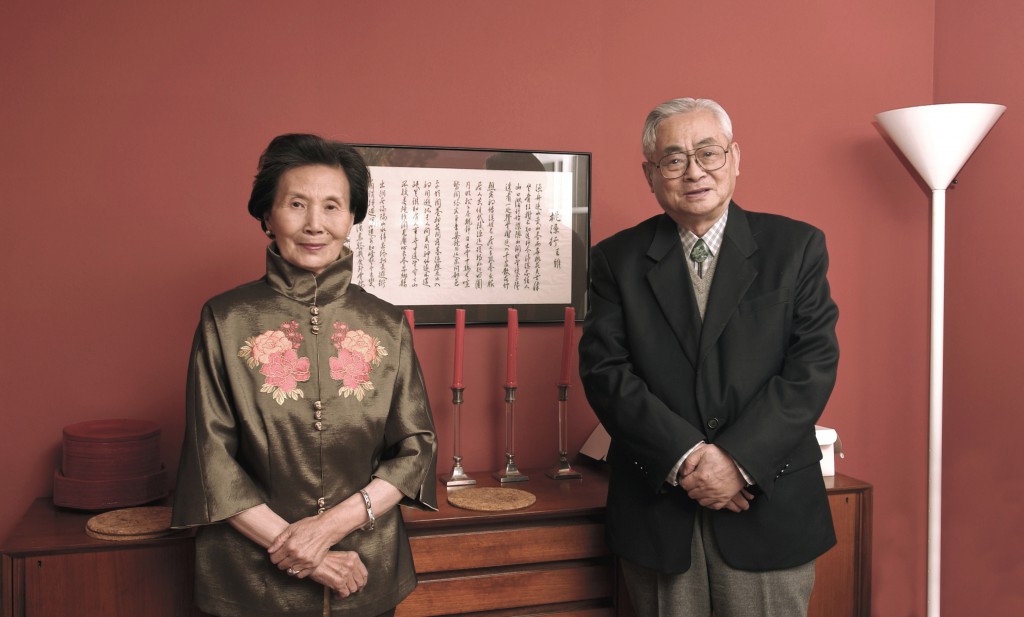 And on 8/11/12, nearly on the day sixty years after that festive wedding in Shanghai, they had a gathering with 70 guests for their 60th wedding anniversary at the beautiful Forest Hill Clubhouse in San Francisco. They received greetings from Mayor Lee, Governor Brown and President and Mrs. Obama.

With nearly half of all marriages in the United States failing, we wanted to know what the secret of their long-lasting and successful marriage is? How did they manage to stay together despite all the hardship they had to go through?

And here are their answers: it helps to have a similar family background, similar education and profession, and a similar appreciation of family values. They also share hobbies, especially a love of reading and writing. For their 50th anniversary, they even self-published a book, titled “The Traces of Our Life,” a compilation of their essays. While Rosie enjoys travel and museum visits, Peter is fond of music and singing, movies and sport. And that’s another one of their secrets: appreciate what you have in common, but respect your differences. And don’t ever forget to be giving and forgiving. True words of wisdom! We will take all that to heart…

But that’s not all yet about Rosie and Peter: it would seem they were truly destined for one another.  The stars were obviously aligned for their union… how could that be? Listen to the most amazing ‘background’ love story you’ve ever heard!

Peter’s father and Rosie’s parents had met socially shortly after Peter was born, and while Rosie’s mother was expecting Rosie. They liked one another, so all of the parents silently thought how nice it would be if their children would get together… but since arranged marriage had been officially abolished by that time, none of them ever mentioned that idea aloud. 27 years later that baby boy and that baby girl happened to meet and to fall in love all on their own… It was meant to be!

Congratulations and our very best wishes, Rosie and Peter, for many more happy years together and with your family!