This is the story of many impossible twists and turns… worthy of a Hollywood movie! And yet, today all this became beautiful reality: Michele and Rui tied the knot at one of the most romantic places far and wide, historic Monarch Cove Inn in the quaint little town of Capitola close to Santa Cruz, on the California Coast. But we are getting ahead of ourselves! 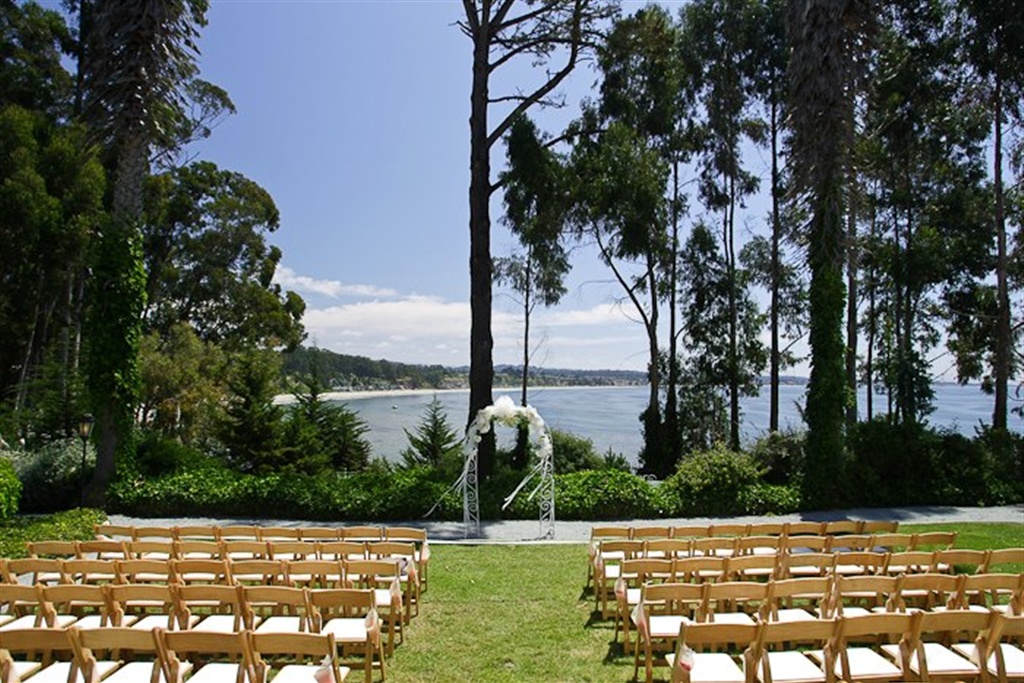 Both Michele and Rui had already spent a good part of their respective lives – with long marriages, grown children. 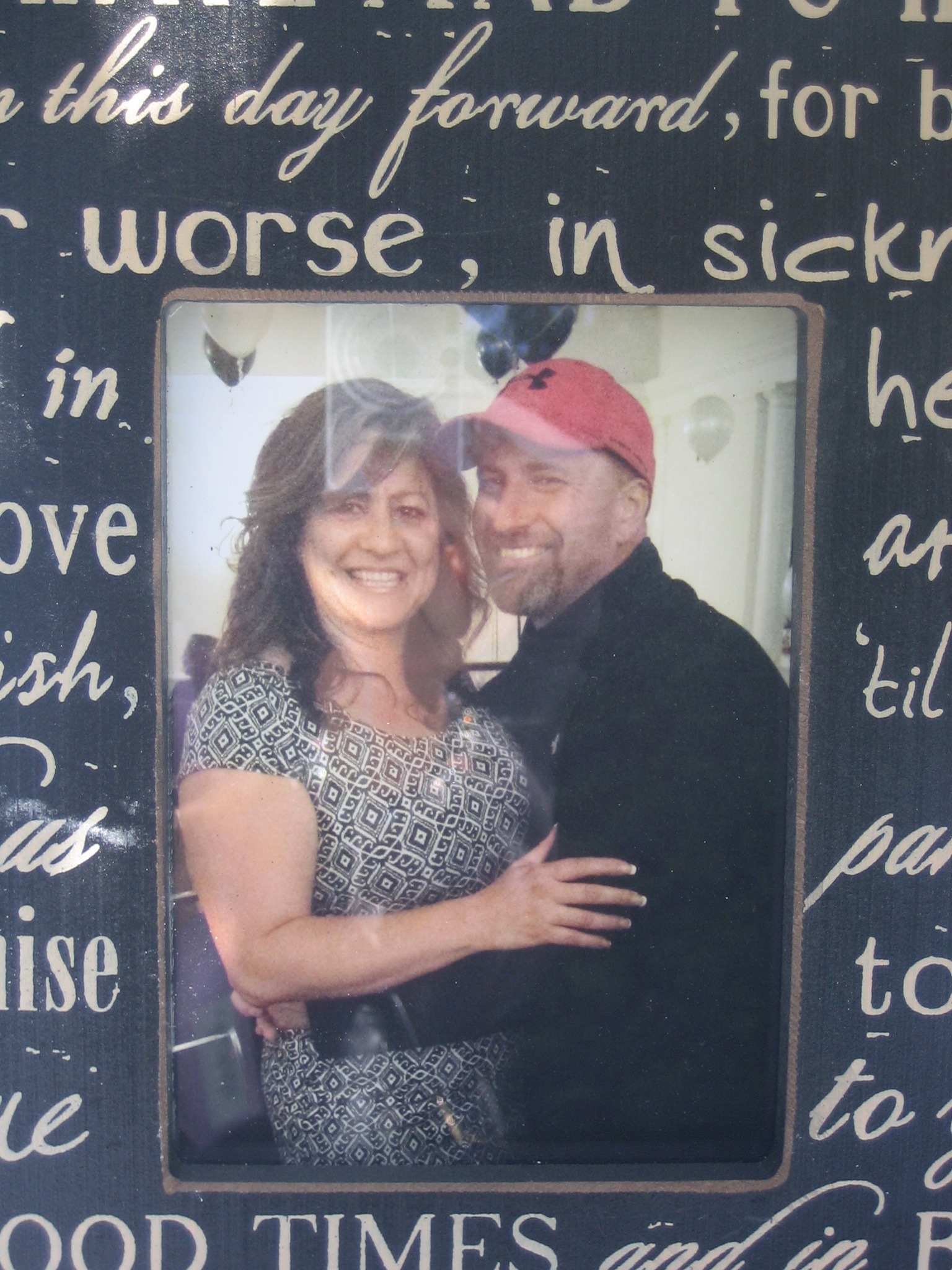 Michele had been in a relationship for close to ten years when a spiritual person – actually a total stranger – told her she’d be getting married within a year. Michele wasn’t convinced. Her relationship made her less and less happy or fulfilled. She certainly had no plans to get married… Little did she know! A chance encounter on New Year’s Eve proved fortuitous and fateful at the same time. She met Rui – they just talked – and Michele broke off her relationship three days later. Rui, not a religious man, had been desperate enough to actually ask God to send him love again, and less than two weeks later, he met Michele. It didn’t take him long to tell her that they’d been destined for one another. Michele, not a fan of the Beach and the Ocean, started researching possible wedding venues – chanced upon Monarch Cove Inn, and fell for it head over heels. 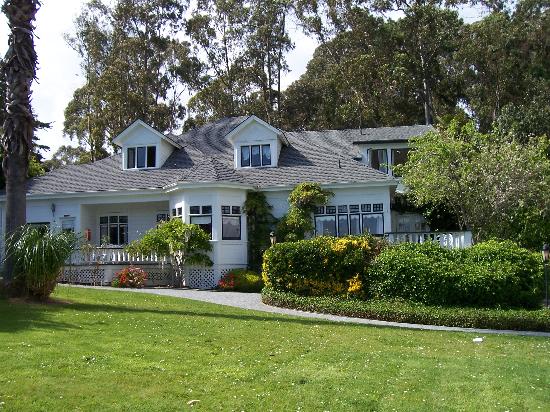 Not only is it a hidden gem of a romantic Victorian cottage, it has the most stunning view of the Monterey Bay from its backyard! 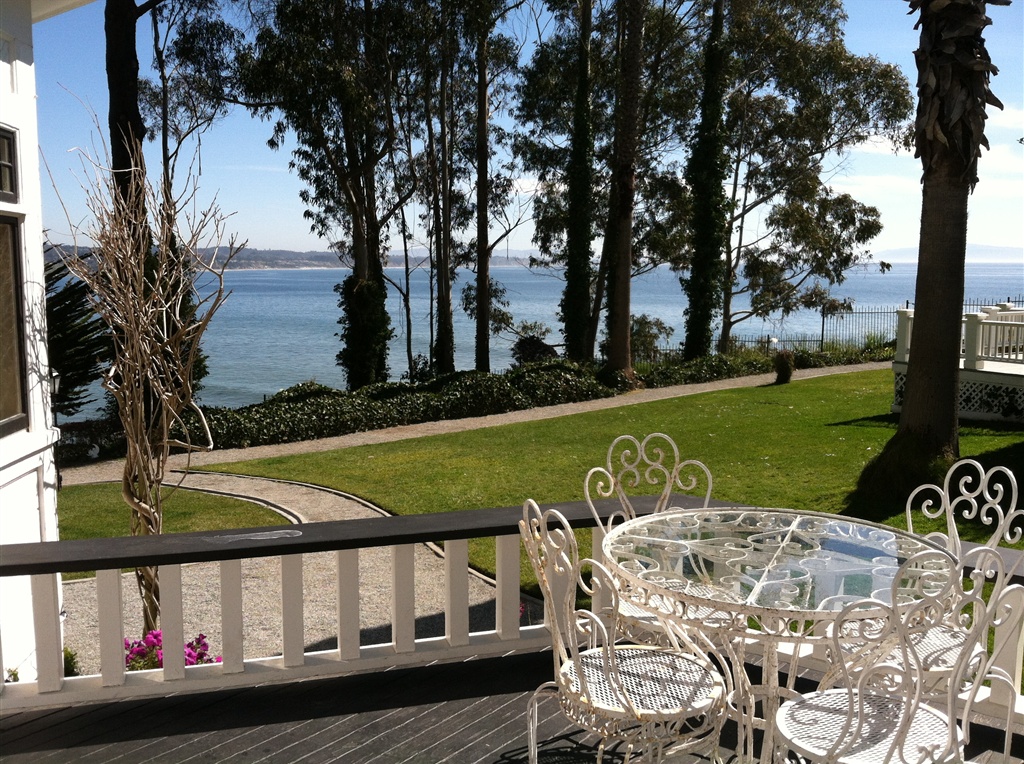 Its name is derived from the Monarch butterflies taking a break in their annual migration right here at Monarch Cove in Capitola, covering whole trees with their glorious orange wings. 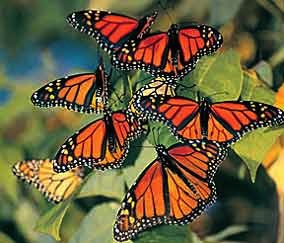 Butterflies: how fitting to the excitement of these two lovebirds who brought friends and family together from all over the world to be a part of this string of little miracles bringing them together.

Rui was adamant: he was not going to see his bride before the ceremony. So – she checked into the Inn’s stunning whole-floor bridal suite a day ahead of time… 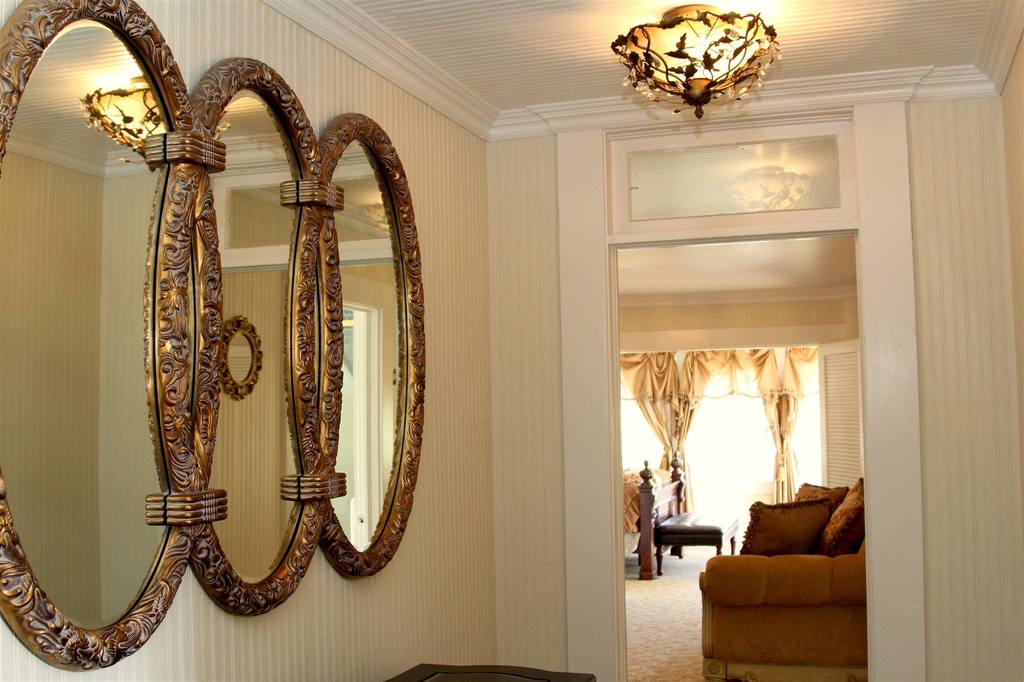 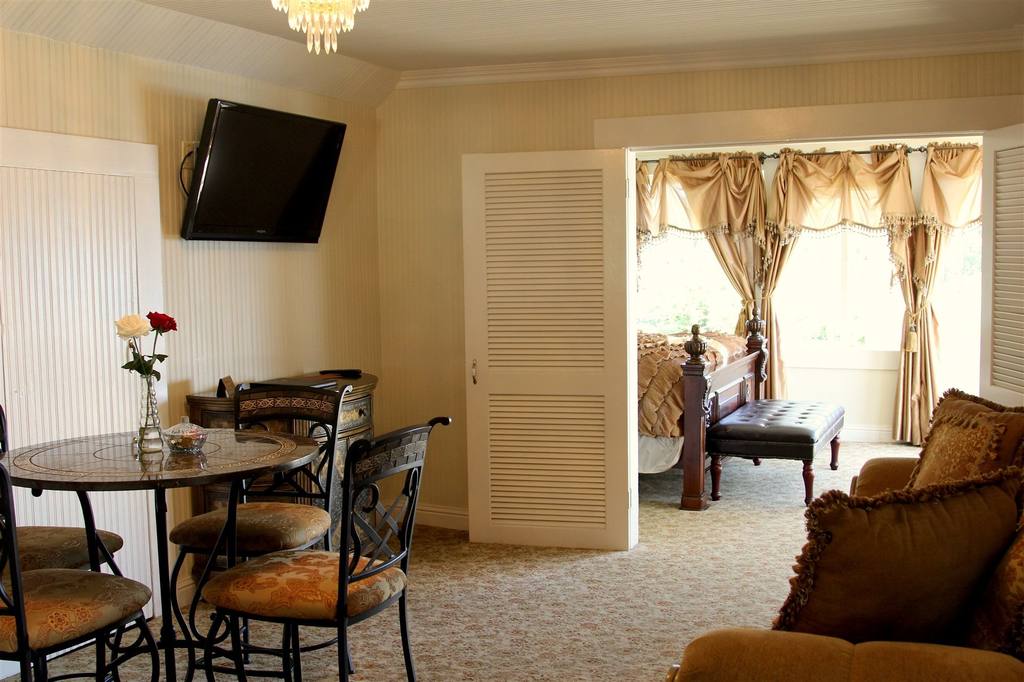 …with plenty of room for a beauty parlor for herself and her attendants, come wedding day! Just look to what a view she woke up: 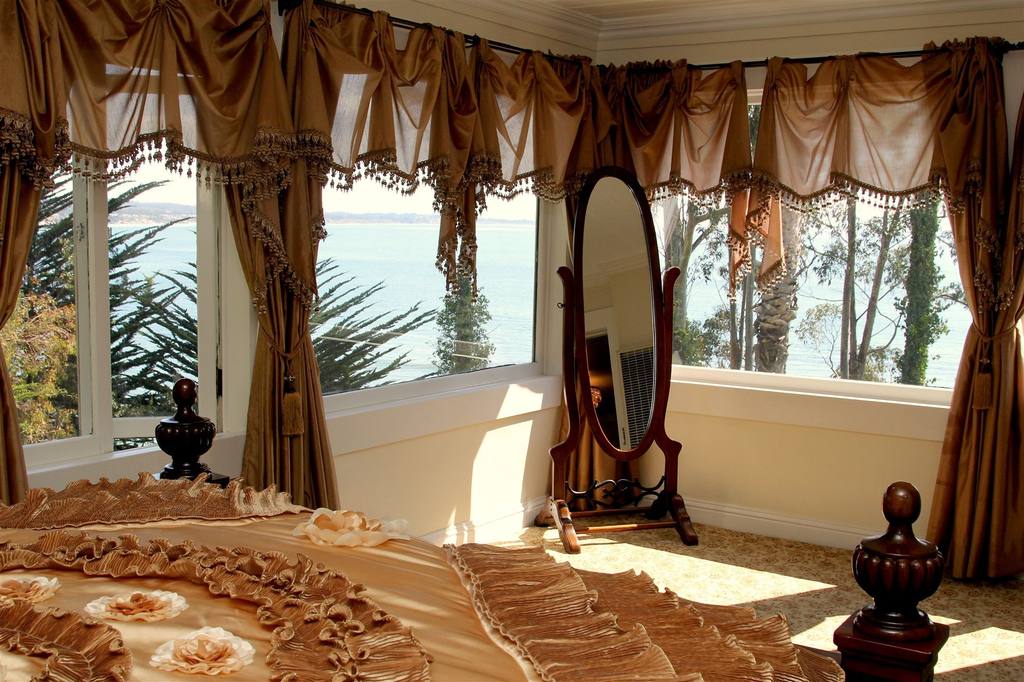 If ever there was such a thing like a “princess for one day,” here she is! 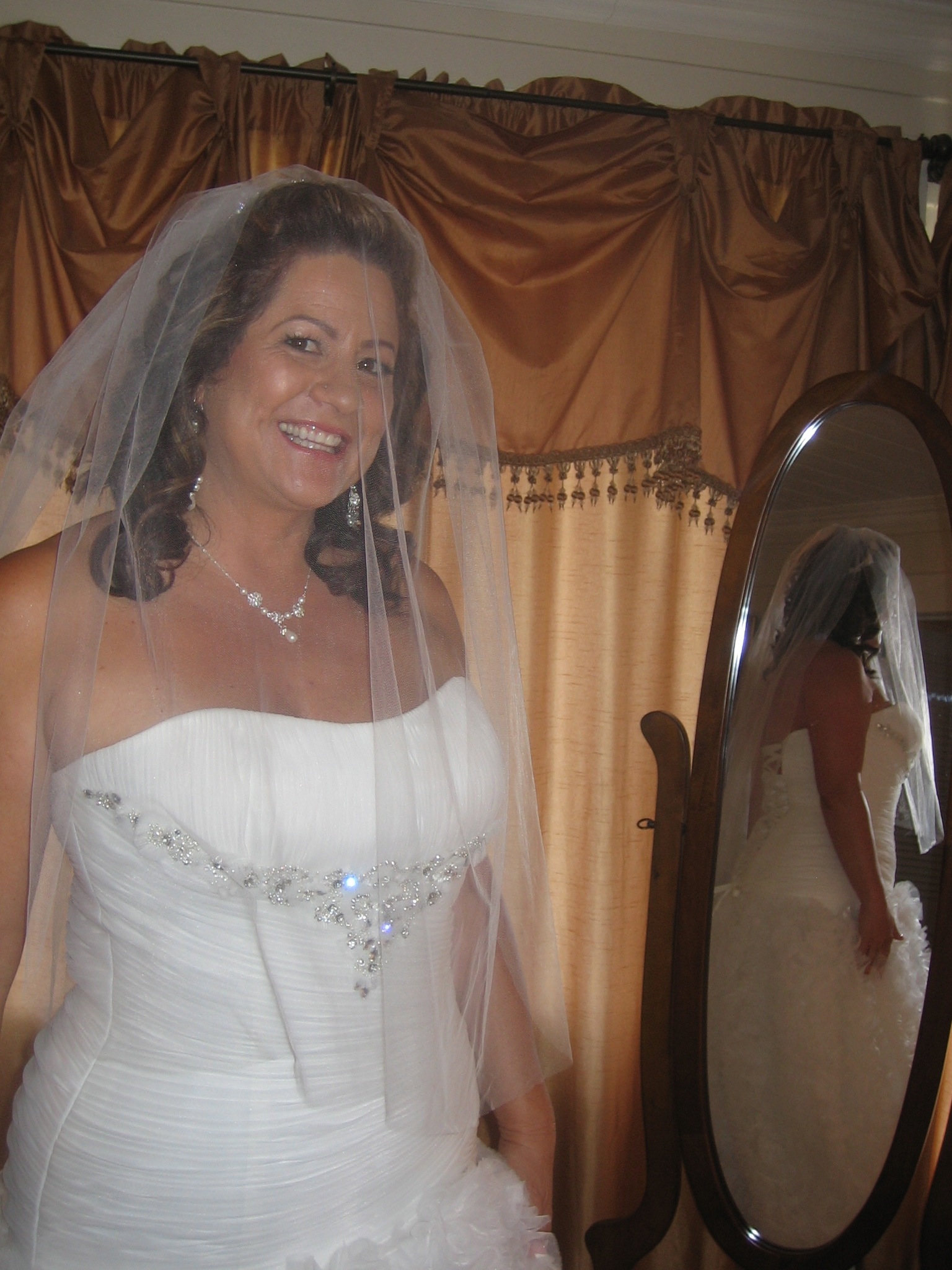 While Michele got her hair and makeup expertly done by Mona Smith (831-464-1700), the A Day Like No Other team (my assistant Angeliki and myself), the venue staff, Five Star Catering and florist extraordinaire Frederick James of Luxuries Floral Design were all busy decorating the beautiful grounds. 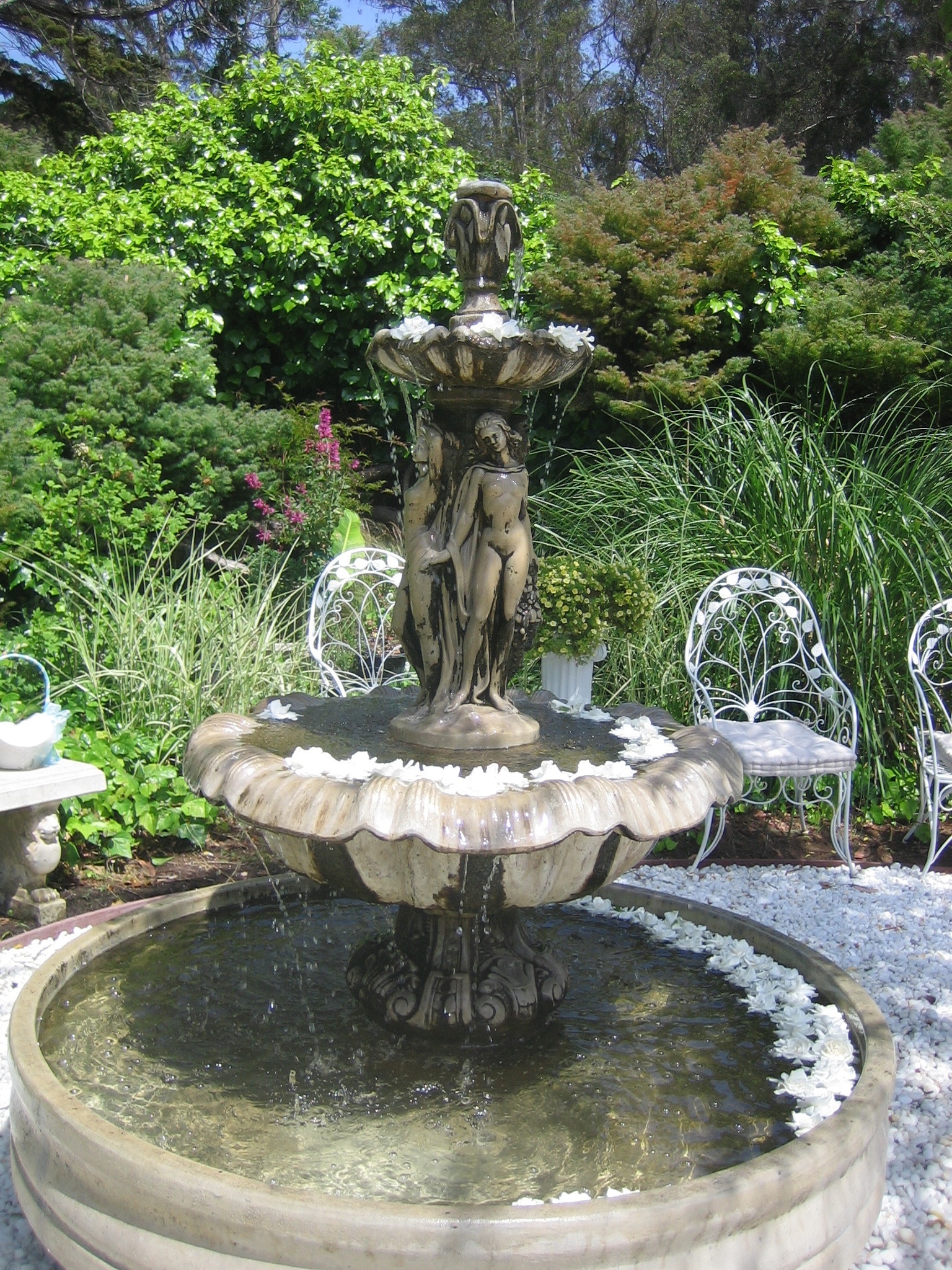 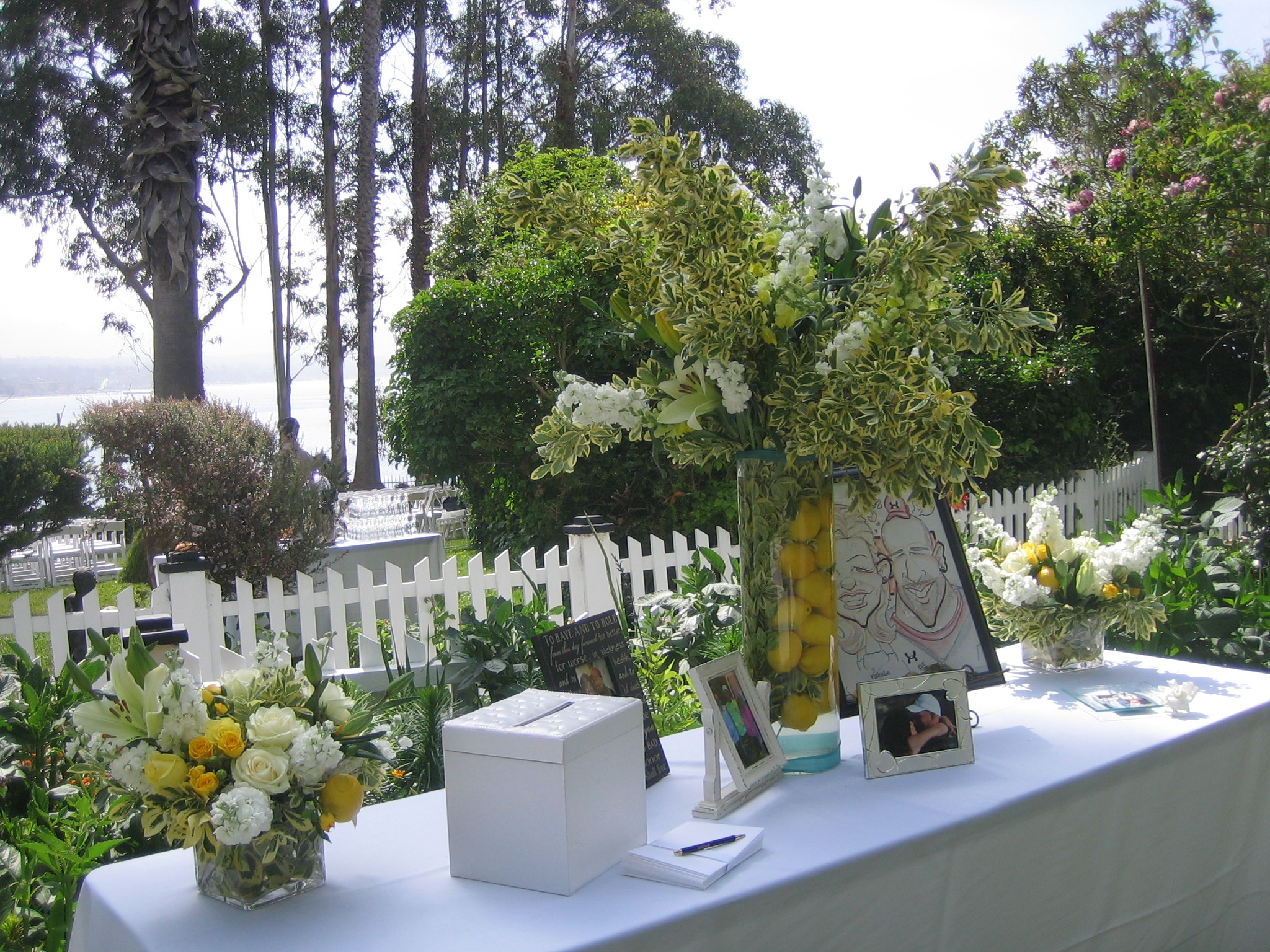 …and a gift table, adorned with one of Frederick’s stunning floral arrangements in Michele’s sunny color scheme of yellow and aqua … 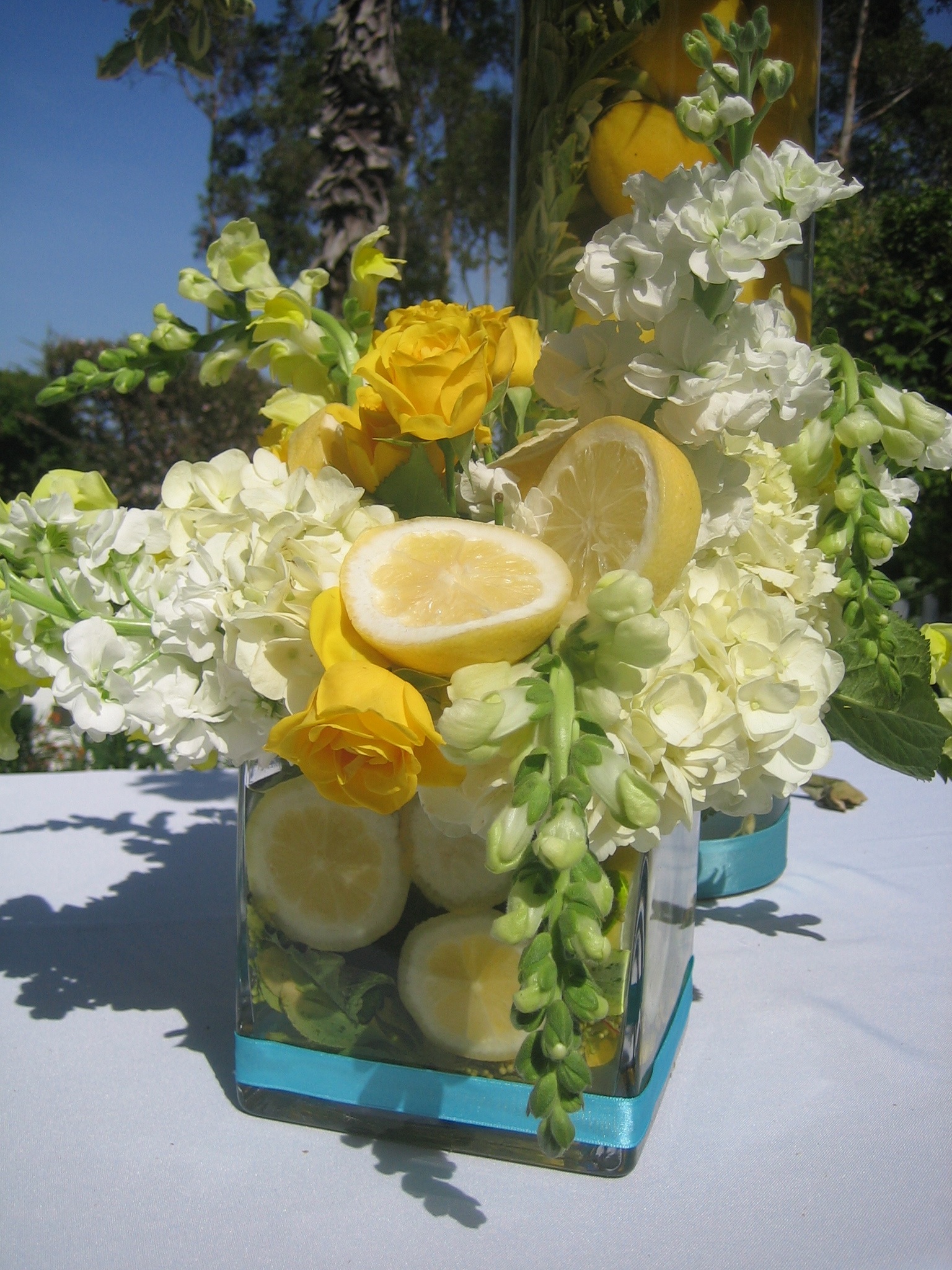 The rustic arch was built from branches, twigs and fresh flowers right there, on site: 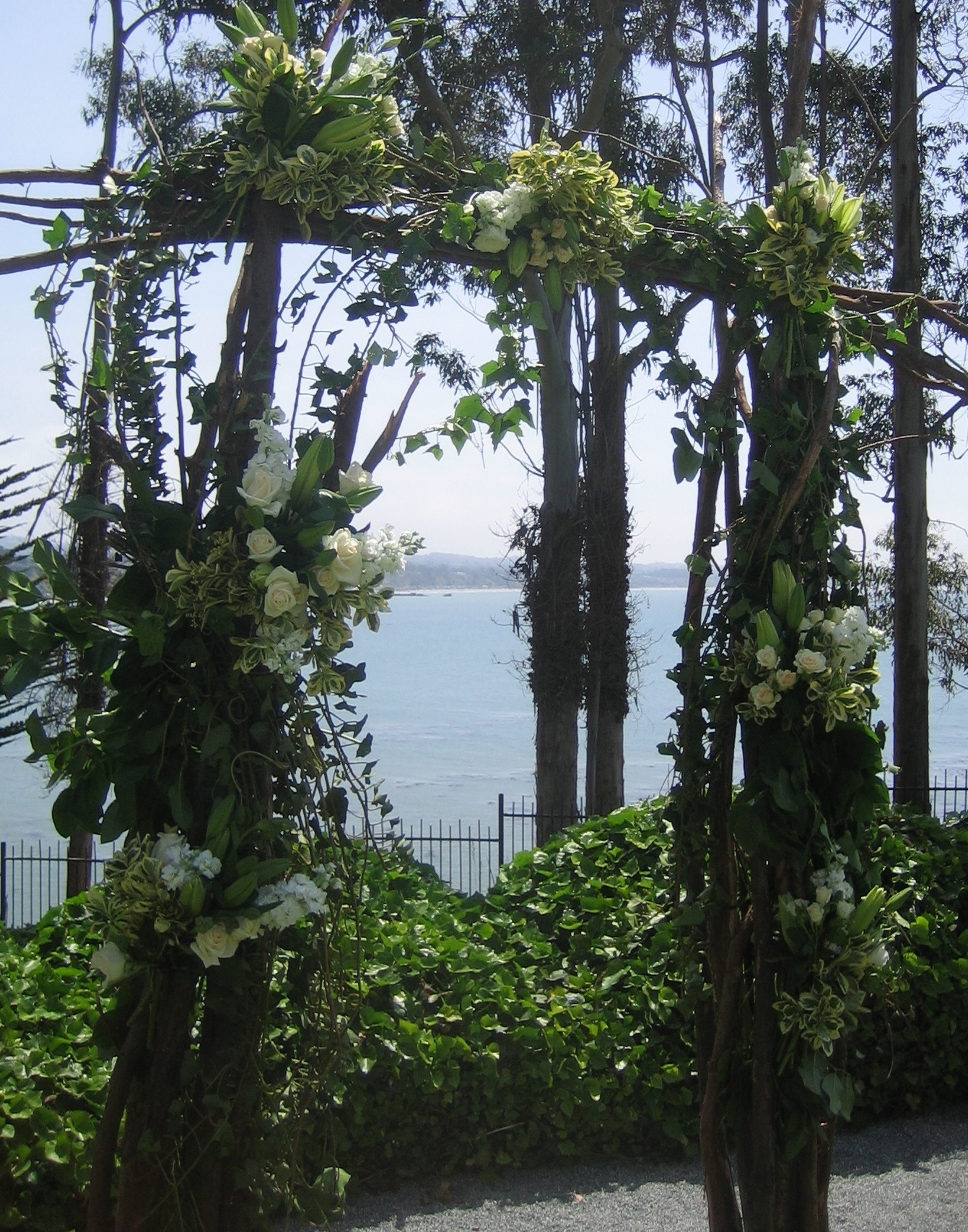 Can you imagine a more romantic setting to say your vows? 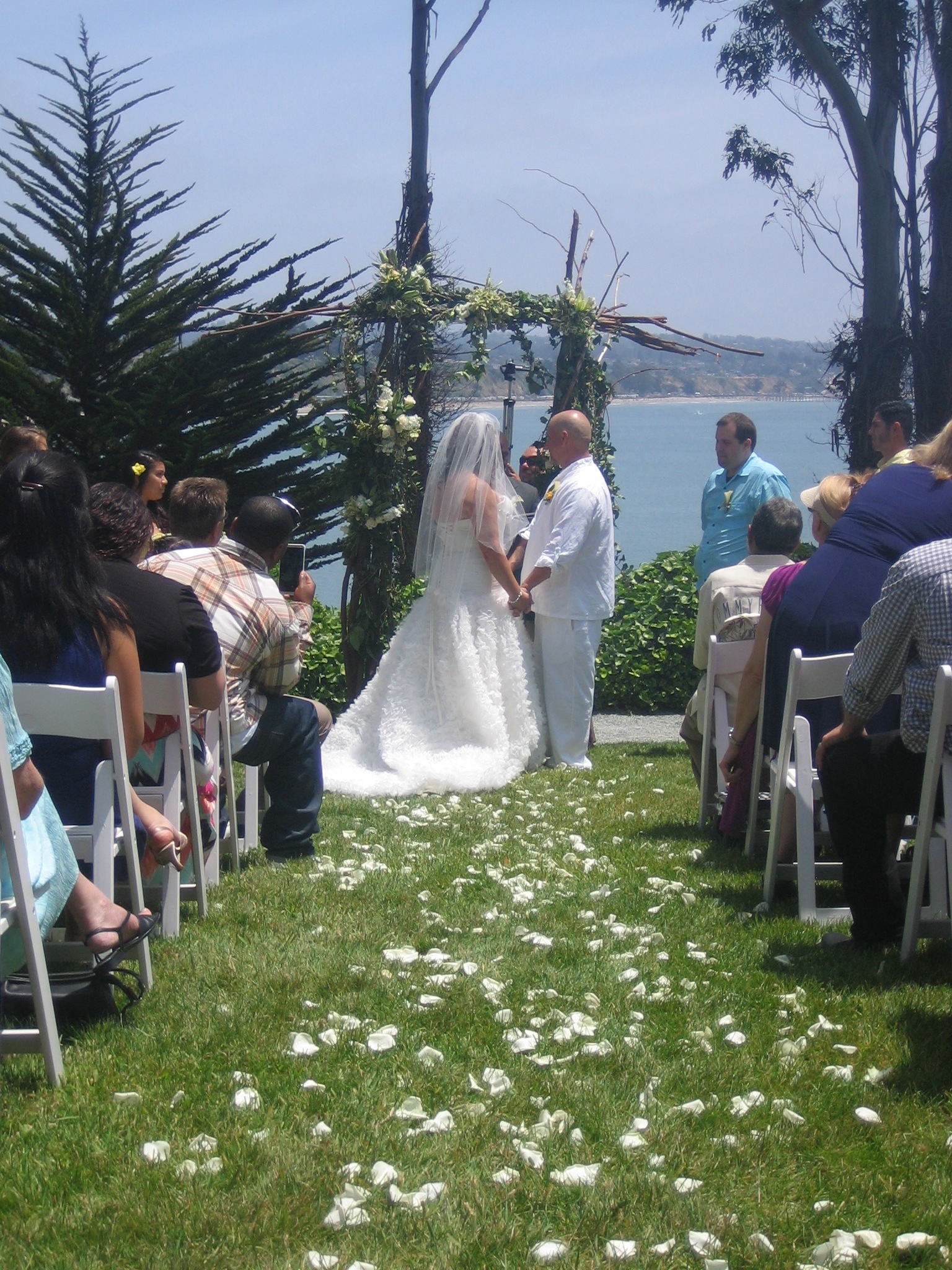 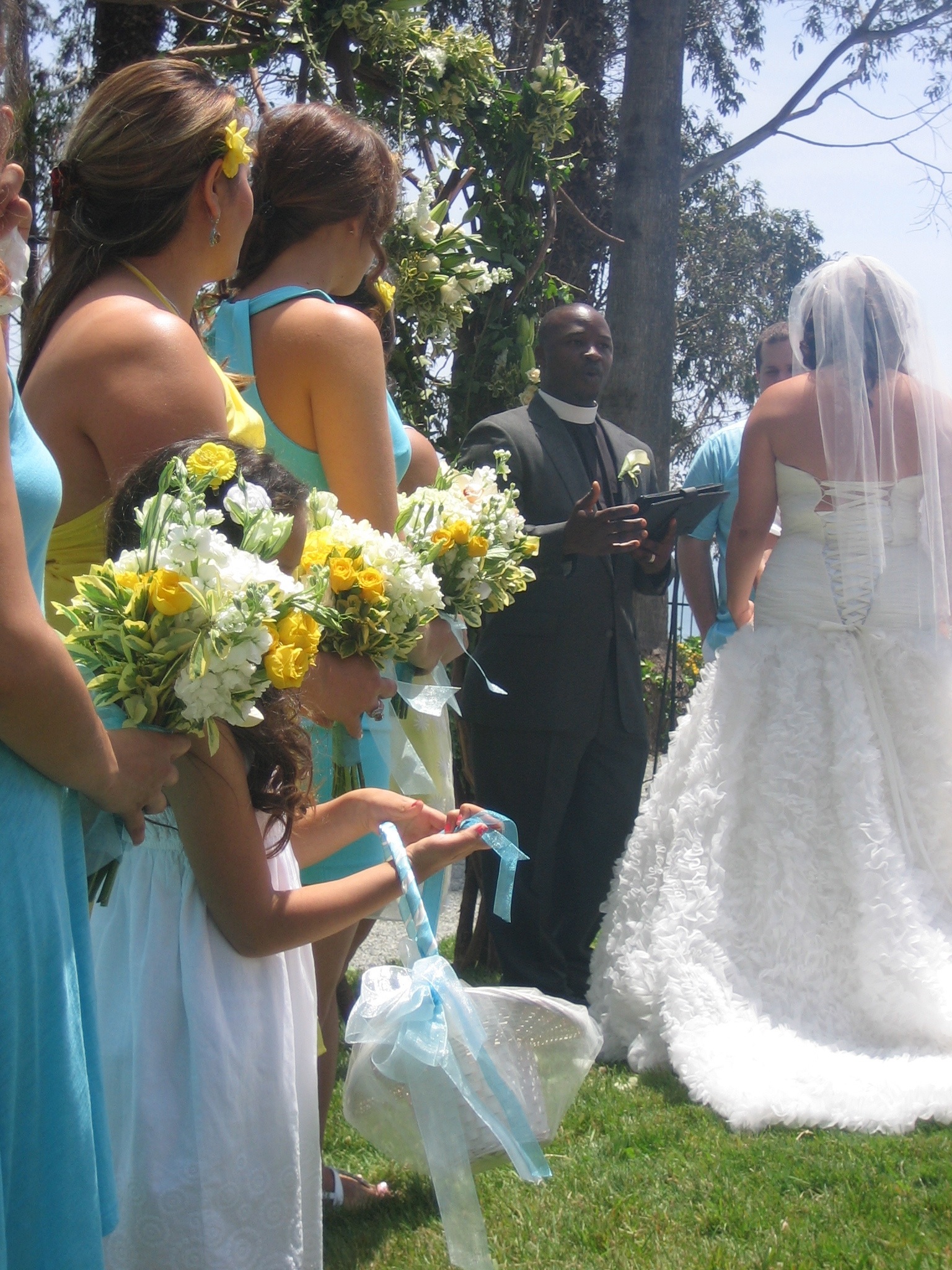 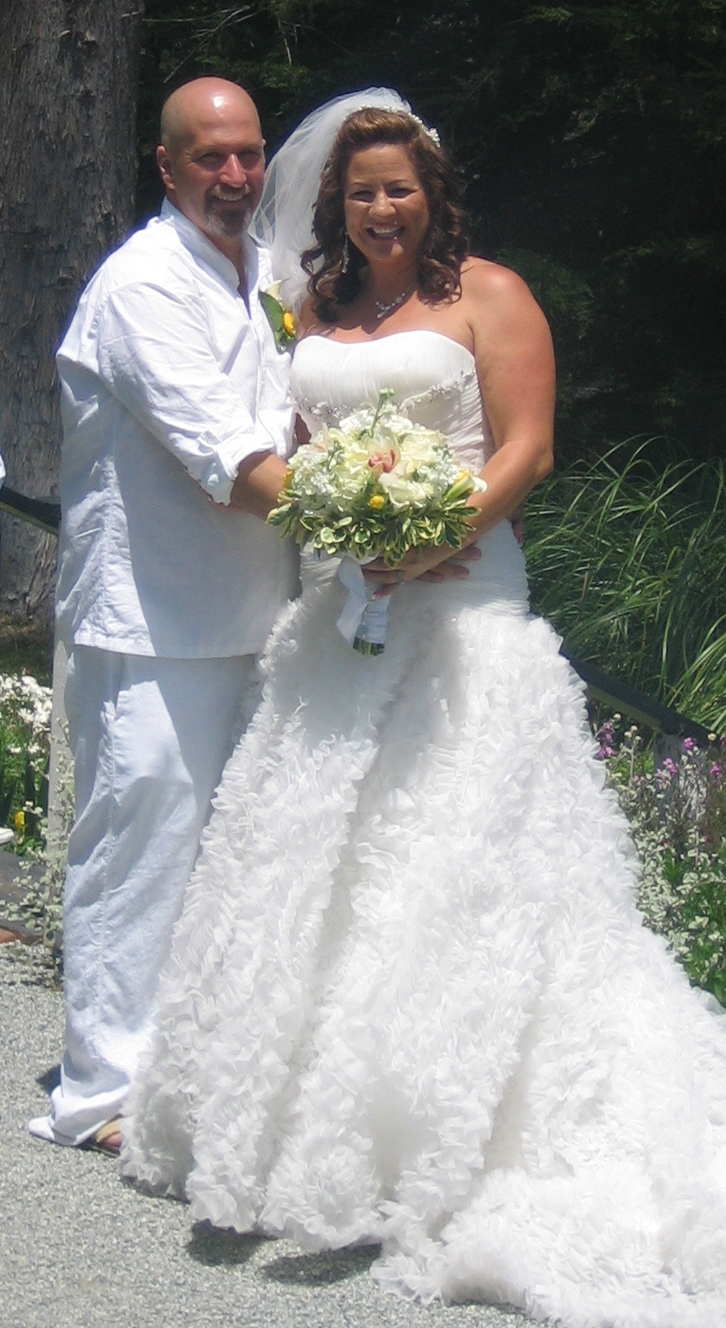 Their guests meanwhile enjoyed specialty cocktails and hors d’oeuvres and music by DJ Phelan (djphelan93@gmail.com). They had fun with a photo booth by Casino Events and received beautiful wooden frames for their photo strips as wedding favors. 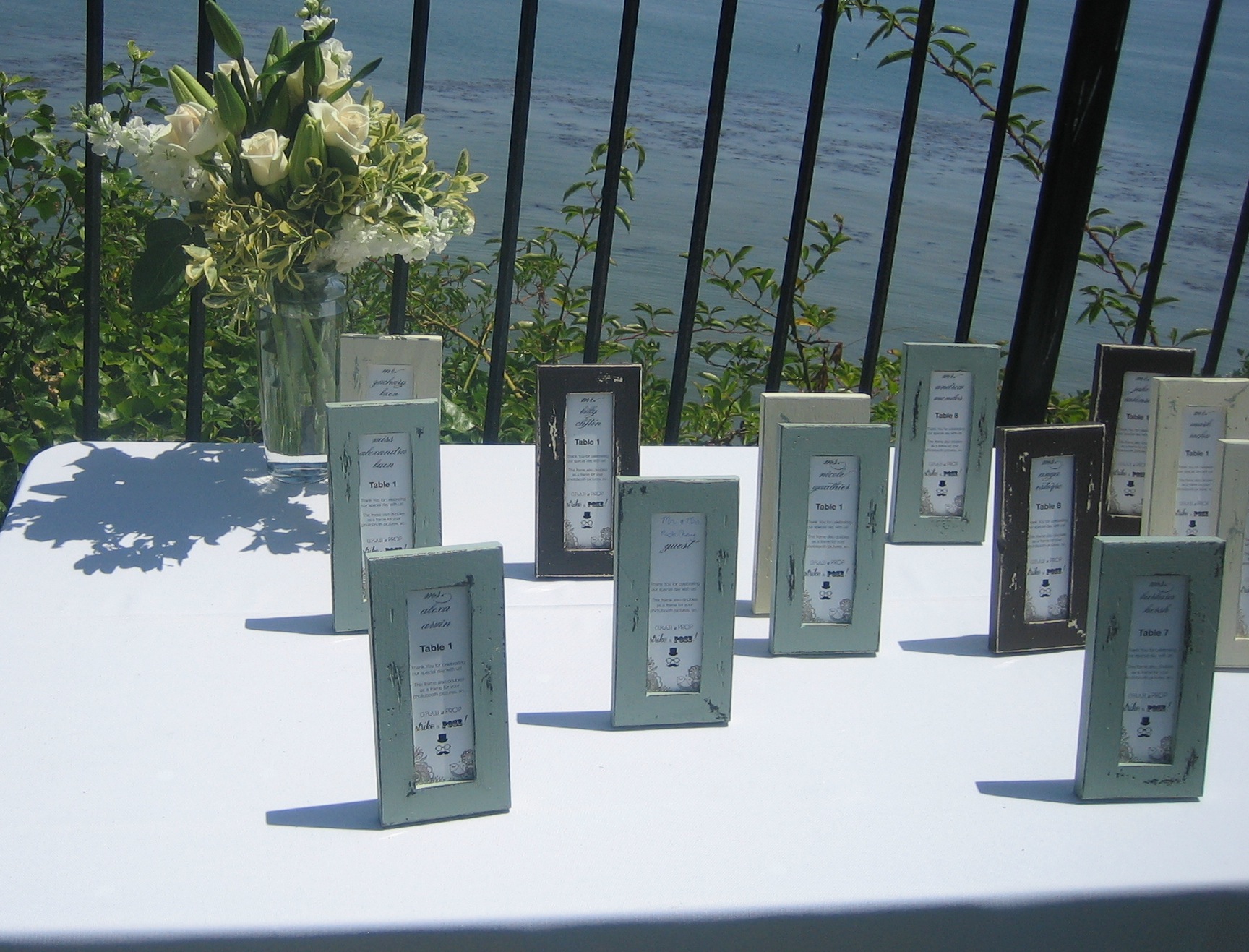 And then it was time for a huge early dinner, followed by dessert. In lieu of a traditional big wedding cake, Michele and Rui had opted for cupcakes in their wedding colors from Noland’s Cake Shop … 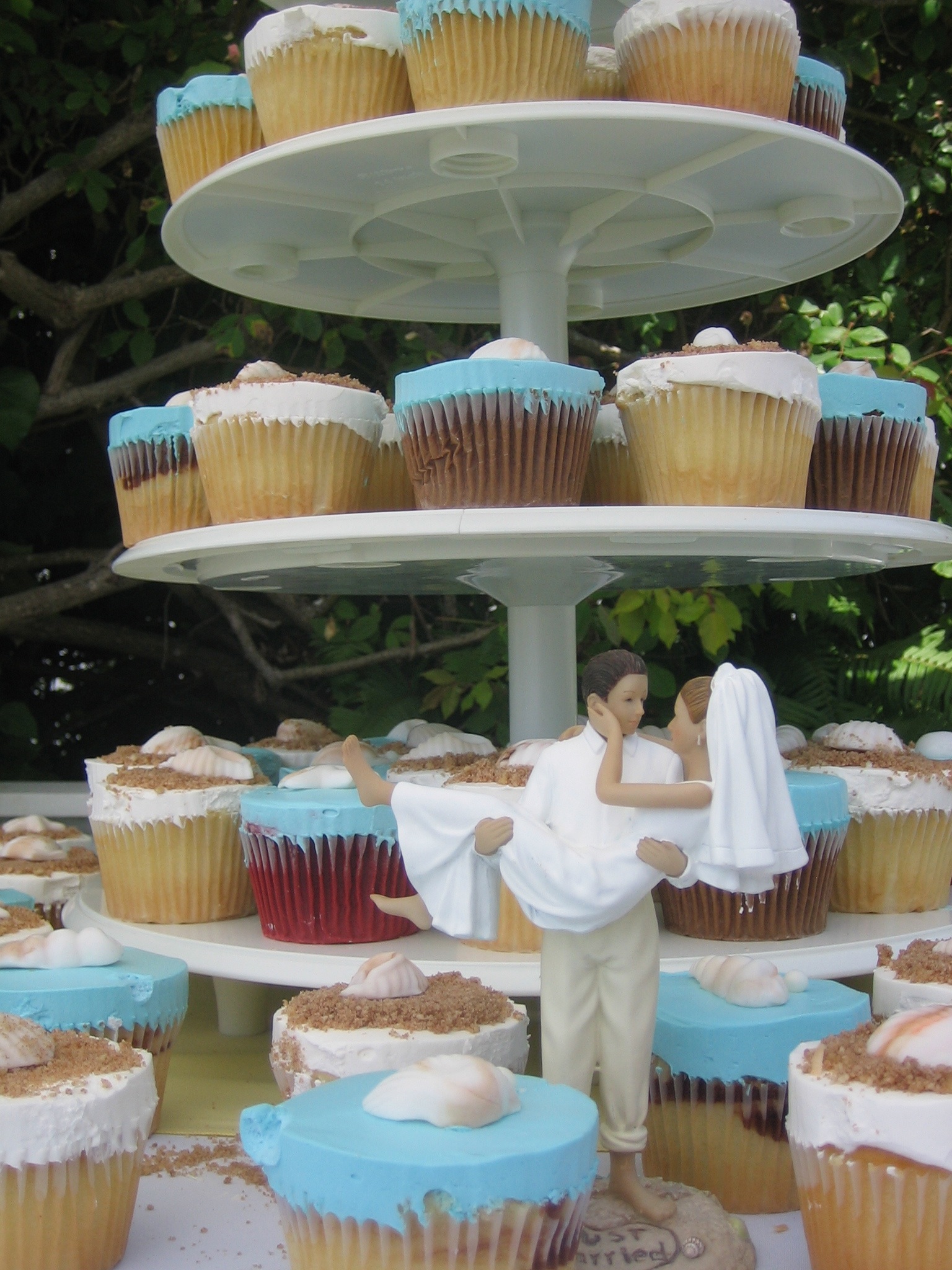 Guests took a break from dancing for those – and did not leave a single one behind! When it was time to say goodbye, a shuttle from The Santa Cruz Experience was already waiting for happy wedding guests, many of whom took some beautiful flowers from Luxuries home for a living memory of a truly wonderful day.

And here is why I love my job so much! 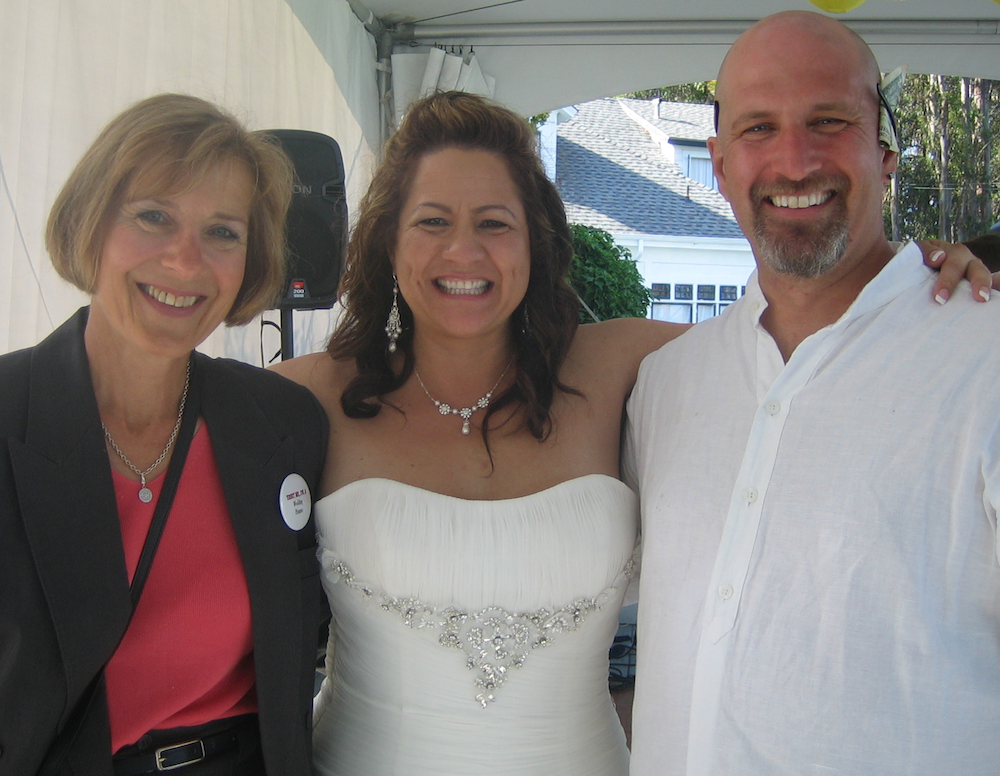