The playwright wrote his masterpiece.
The actress shone in her most brilliant performance.
And the best of it: it was all non-fiction!
Opening night at the historic Forest Hill Clubhouse on September 15, 2012, was for real – with an enthusiastic audience of friends and family – and the piece premiered will hopefully run for countless seasons: Anna & Daniel in Love! 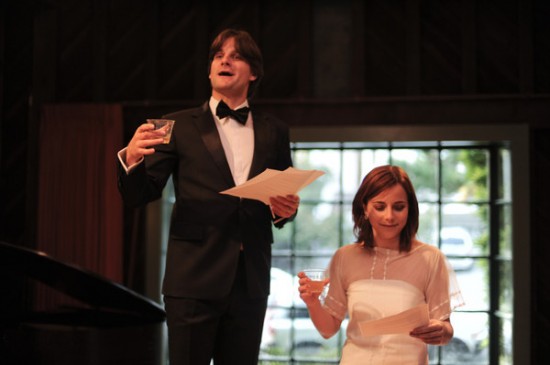 Their performance of a lifetime

Flashback:
Anna leads a double life as a website designer (her day job) and an actress (at night). She and Daniel first met  5 years before our opening night in a theatrical capacity – he as a writer, and she as a performer, during a monthly event called Playground – writers have a few days to create a short play off a prompt, and then writers and actors all get together to rehearse and perform those plays on one Monday night per month.A short while later, the two met again – by utter coincidence – at a client they had in common for their day jobs: Daniel as a tech provider and Anna as a web designer.

They stayed friends through various relationships and long distances… until they suddenly found themselves single at the same time – and suddenly, finally realized that they were both done for. So sooner or later it was a foregone conclusion that their story would culminate in – a wedding! 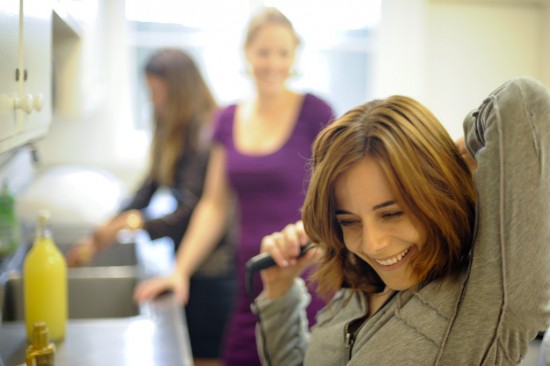 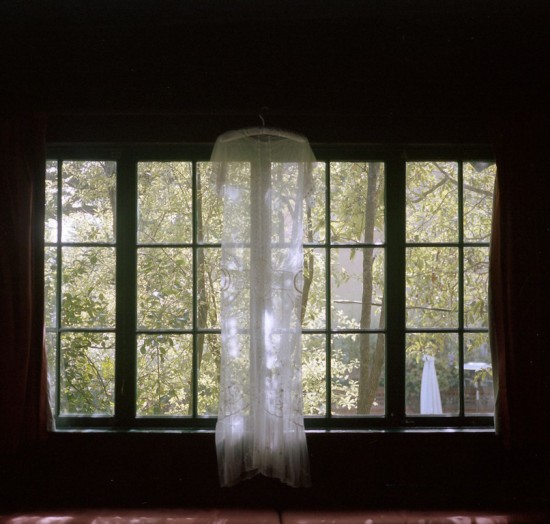 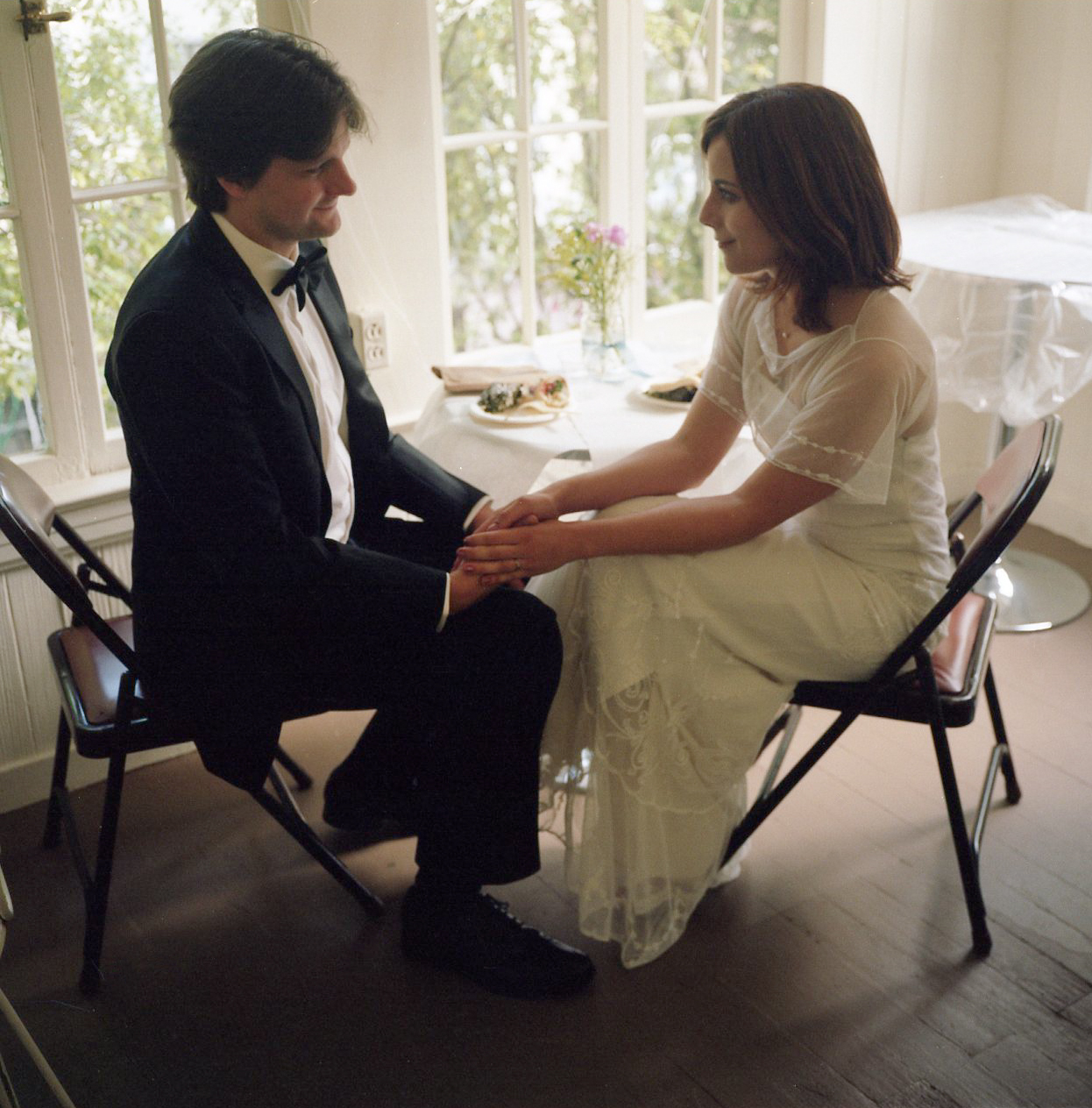 Ready to walk down the aisle

And while most brides are simply overwhelmed by the amount of organization, decisions, logistics involved in such an event, Anna was totally unfazed. “When you have a background in theatre,” she commented, ” you’re pretty well-equipped to handle weddings. First and foremost, you’re accustomed to the unexpected – in fact, you embrace it – and really, weddings can’t hold a candle to what you run into in theatre. What’s a caterer showing up late compared to an audience member who breaks her leg in the middle of the show (it really happened – don’t ask me how!)… or to finishing your heart-wrenching Act II monologue, only to hear someone let out a thundering snore in row 2… or to knowing that whatever you do that night is going to be judged publicly in a major metropolitan newspaper?”

Well said, indeed. So our actress-bride courageously sailed the ocean of wedding planning and preparation, keeping everything in line. Her rule was, “If it feels too expensive, it probably is. Keep looking.” This kept her budget in check. Clothes and photography? Totally worth every penny. Chairs? Um…who’s going to remember chairs? Anyone? Exactly. “No fuss, no muss” was the motto – the two worked hard to get things in order – but in the words of Anna’s mentor, “Grasp – lightly. Be prepared for the expected and the un- – and welcome them both!”

And when the unexpected happened… the bride did NOT freak out! Just hear her in her own words:  “When I handily wrecked my 2-hour old manicure (and pedicure – again, don’t ask) by arranging my flowers last-minute, I knew just the tricks to smooth things over (a slight layer of polish remover followed by a light application of a close-enough color and, yes, magic marker).” 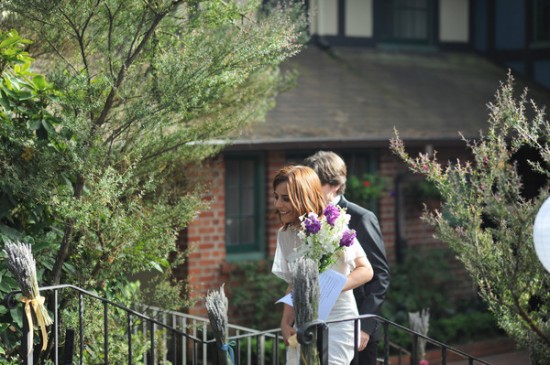 Here comes the bride – and the groom! 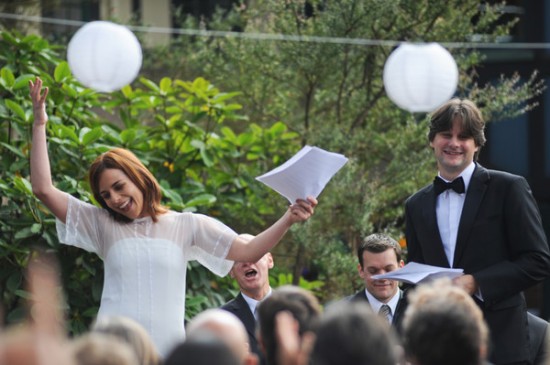 As for the wedding itself, they decided to emcee their own ceremony. They wanted to tell their story in their own words to make it clear that this wedding was something they were very consciously and responsibly choosing to do. The groom’s father, a minister in real life, officiated the ceremony – it doesn’t get more “in the family” than that! 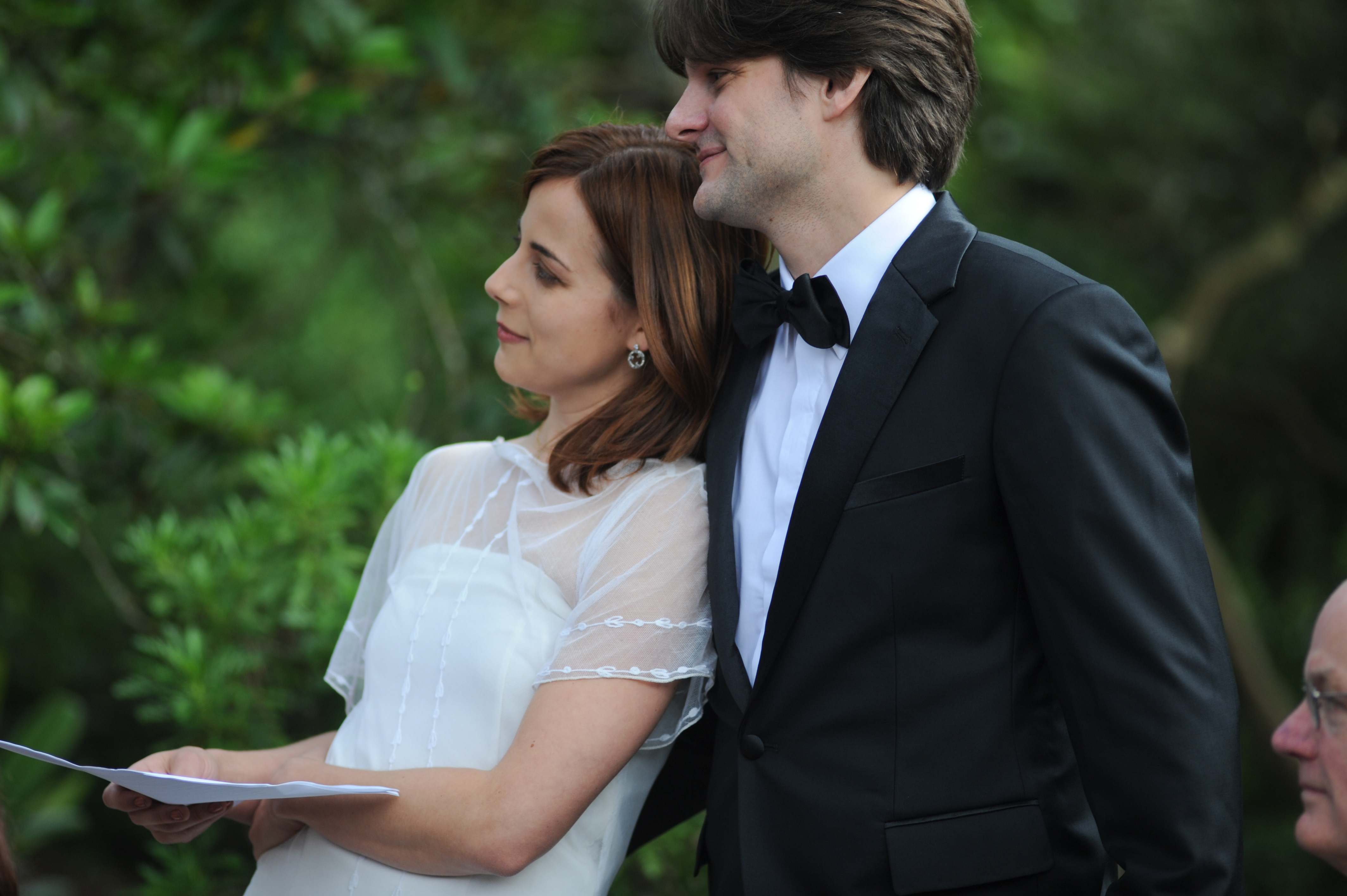 And our two theater stars kept their audience laughing, not crying, and celebrated it all with really good cocktails afterwards. 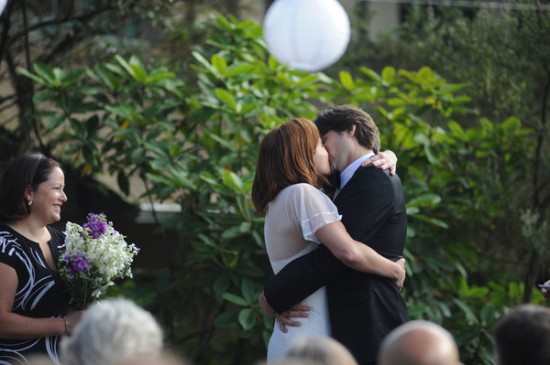 “You may now kiss the bride!” 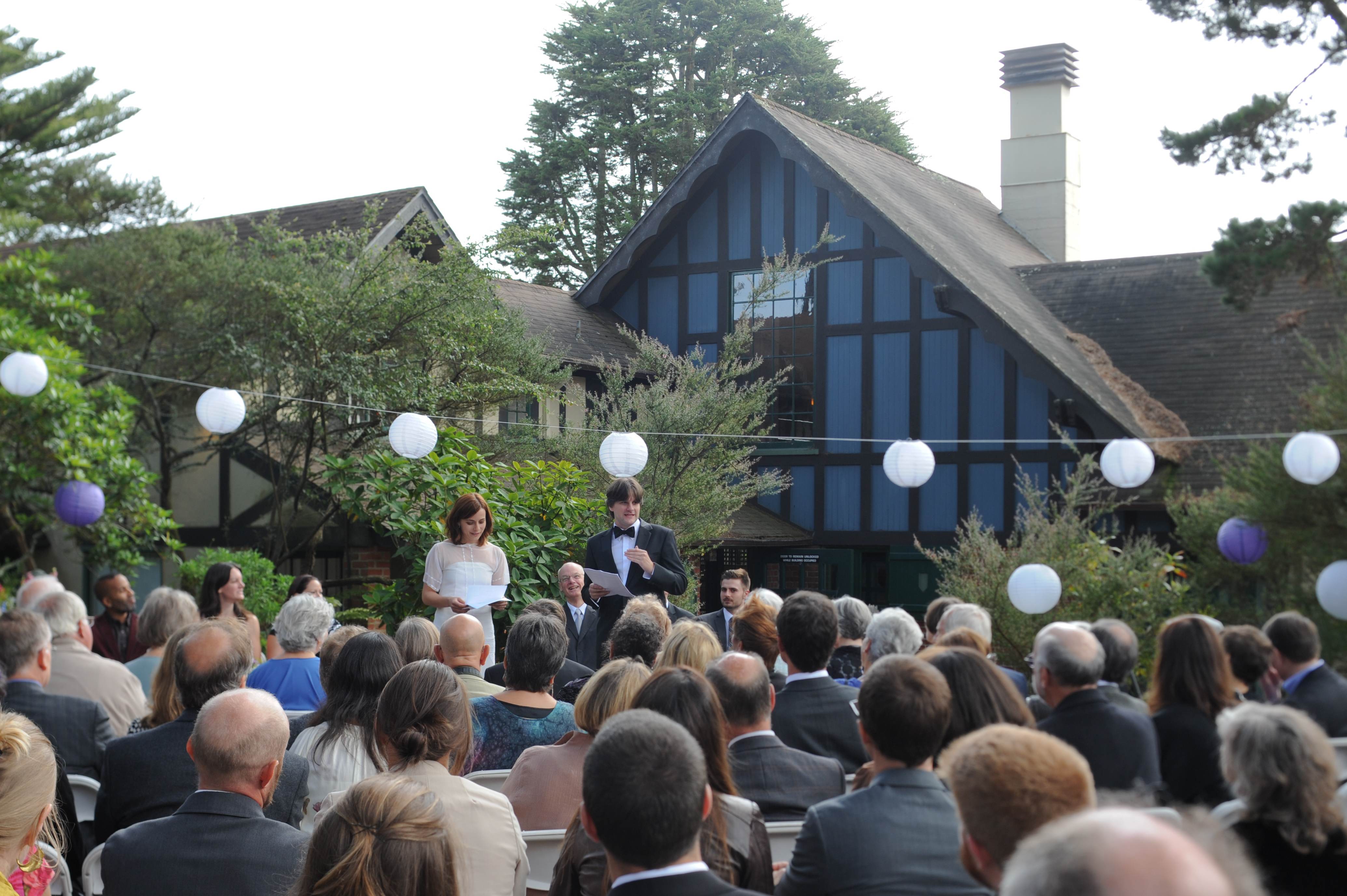 For their venue, Anna and Daniel had chosen the historic Forest Hill Clubhouse in San Francisco, a structure with a stellar architectural pedigree (Bernard Maybeck of Palace of Fine Arts fame) and a romantic charm to it that one wouldn’t expect in a metropolis. 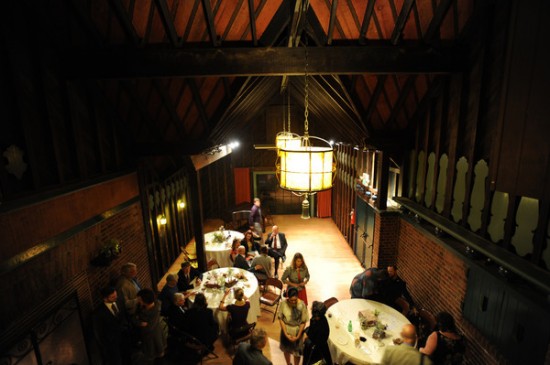 Shaded by mature trees, it transported our “theatrical” couple, their real-world masterpiece performance and their guests to a time where things were simpler (or so we tend to think…) and where matters of the heart still counted. And so they couldn’t have imagined a wedding more suited to who they are. 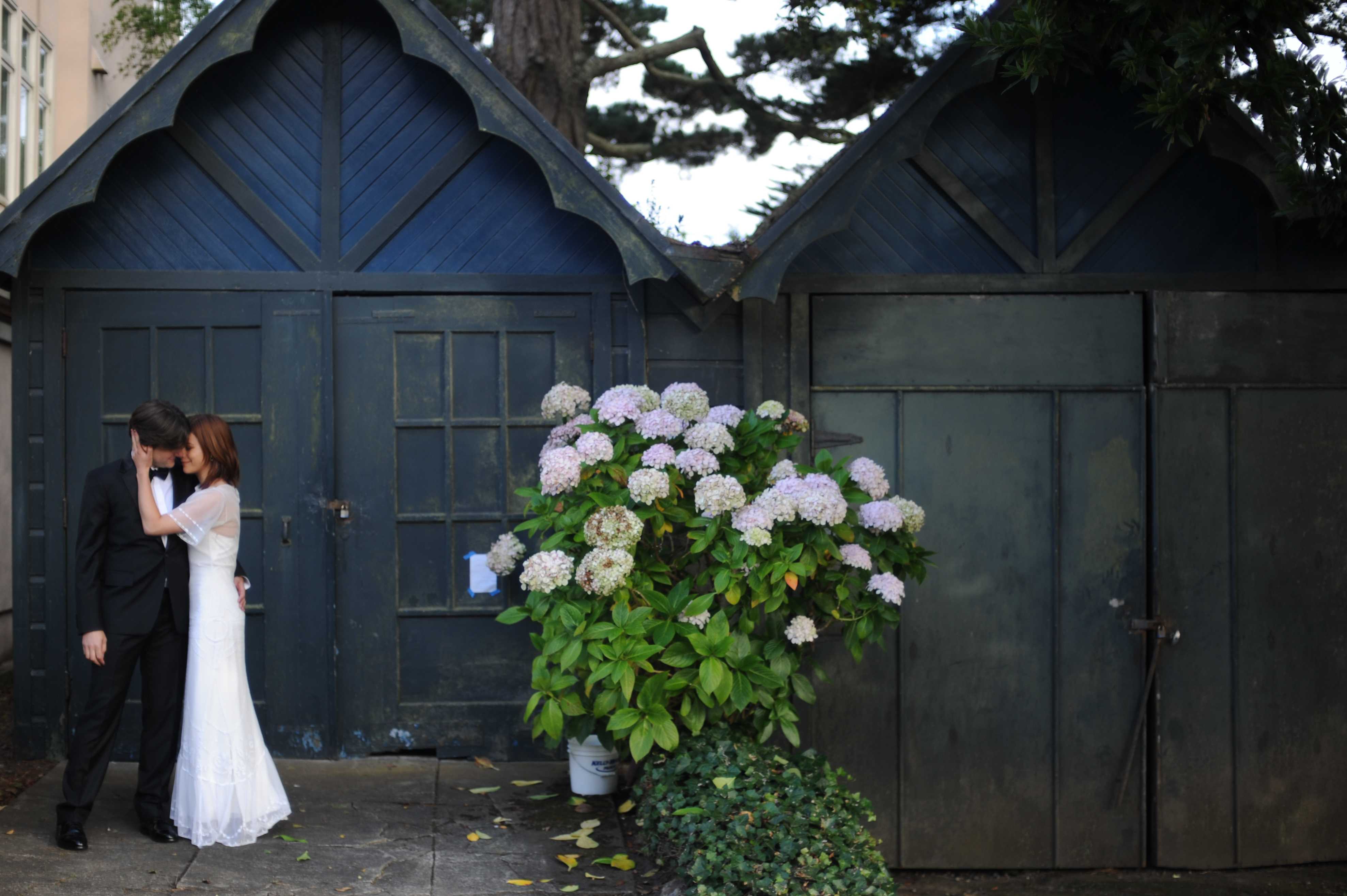 As for their honeymoon, they had the blessings of their families and co-workers to escape entirely – and Anna had pictures from the late 70’s when HER parents had gone to French Polynesia. It didn’t take much convincing to choose that location – just google “Tikehau” to get a taste. 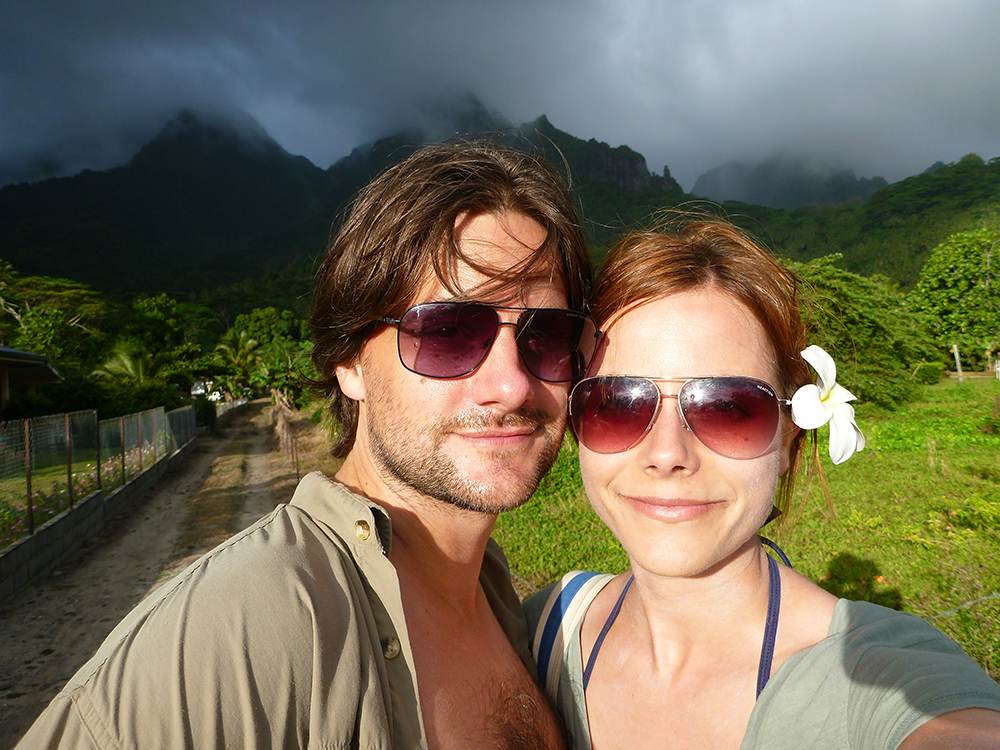 They went off the beaten track – most honeymooners flee to Bora Bora (understandably – it’s beautiful!), but they opted for a trip to the Tuamotos, a fairly unknown cluster of islands further north.

They spent three weeks in remote, picture-perfect islands, living in smaller (more affordable) pensions and eating fish three meals a day – weathering inclement weather and a civil aviation strike that left them stranded for a few days (and with the Western concept of schedules and deadlines unheard-of in Polynesia, they couldn’t hope for much understanding from the locals); they went swimming with humpbacks and trekking through the mountains – and it was the adventure of a lifetime.

Anna’s conclusion: “Opening your mind to the unexpected is the lesson, here. And there are ample rewards for that mindset – as well as strong suntans!”